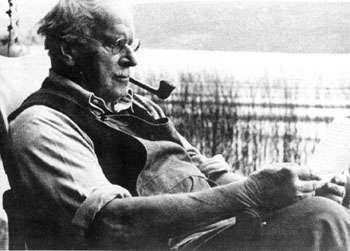 “The dream is the small hidden door in the deepest and most intimate sanctum of
the soul, which opens to that primeval cosmic night that was soul long before
there was conscious ego.“ C.G. Jung

C.G. Jung
Born in 1875, C.G. Jung was the Swiss psychiatrist who began an exploration of the vast and complex inner landscape of the human psyche creating the first transpersonal psychology. By 1900 he had completed medical studies at the University of Basel, Switzerland followed by five years training at the Burgholzli psychiatric hospital. His devotion to the unconscious began with a short lived relationship with Freud (1907-1913). It was a profound relationship for both men and catalyst for Jung’s development of his own distinctive psychological theory called analytical psychology. Jung is well known for such concepts as personality types, introversion and extroversion the collective unconscious, the Self, shadow, animus, anima, personal complexes, active imagination and the transcendent function.

Jung’s theory was born of a personal journey into terrifying landscapes of his own psyche, well documented in the Red Book. In 1957 he wrote, “The years of which I have spoken to you, when I pursued the inner images, were the most important time of my life. Everything else is to be derived from this. It began at that time, and the later details hardly matter anymore. My entire life consisted in elaborating what had burst forth from the unconscious and flooded me like an enigmatic stream and threatened to break me. That was the stuff and material for more than only one life. Everything later was merely the outer classification, the scientific elaboration, and the integration into life. But the numinous beginning, which contained everything, was then.”

Jung died peacefully in 1961, at his lakeside home in Kusnacht, Switzerland.

In Jungian work, it is in relationship that the analyst and client listen to messages from the unconscious to bring elements of the psyche into more conscious awareness and balance. Inner forces, both personal, collective and archetypal, guide this journey of deep discovery ,offering relief from suffering, deeper meaning in one’s life and connection to one’s true essence and purpose in the world. These unconscious messages come from dreams, visions, the body, active imagination, inner pain and emotional struggles, and outer world experiences and relationships – all giving voice to the unconscious. In her work, Nancy integrates several ways of working with the unconscious, including dreamwork, painting, sandplay, written active imagination, and body awareness. 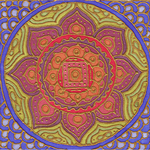